It's worth it to have music this autumn. "Autumn of Chengdu City" Chengdu International Music Season concludes melodiously 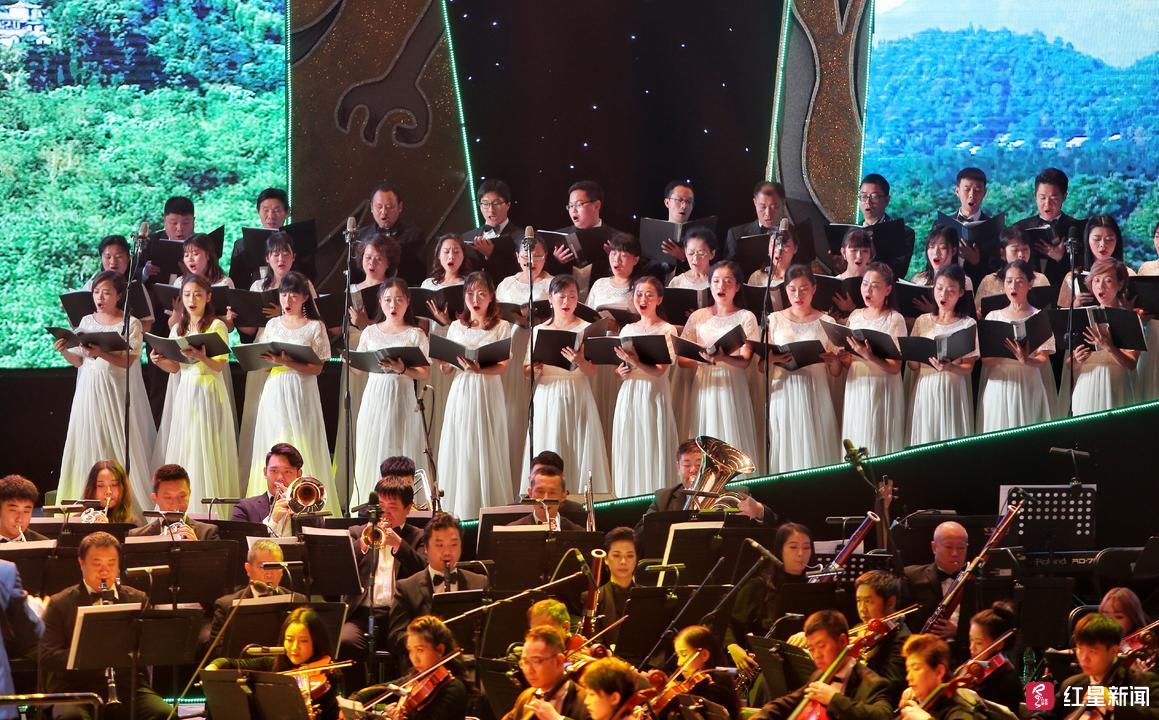 From the opening of September 22 to the closing of November 9, in 48 days, the "Autumn of Chengdu" presented more than 200 music theme performances and outdoor music activities for Chengdu citizens, creating a concert and popular festival with the participation of the whole people and blooming everywhere. 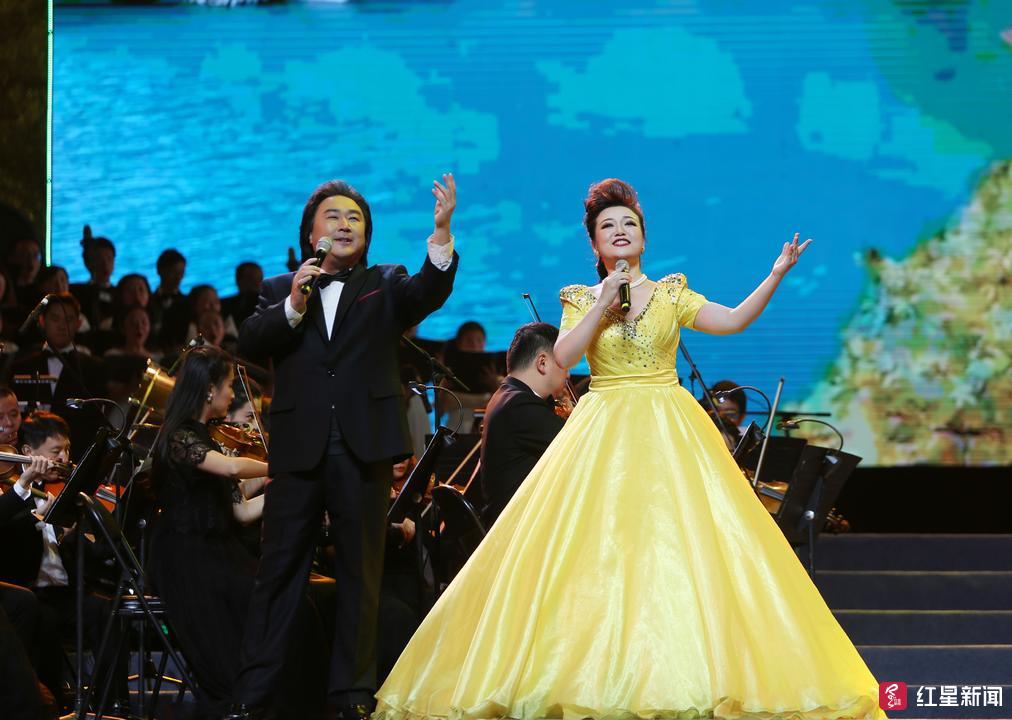 In the evening of the 9th festival, a large number of winners in the "Golden Furong" Music Competition came on stage. Chengdu Municipal Government established the "Chengdu Music Capital Construction Expert Advisory Committee". It also issued special certificates for 12 domestic music experts on the spot, and jointly contributed to the construction of the "International Music Capital".

In the closing performance, Zheng Xulan, Zuhai, Ao Changsheng, Wang Zhengliang, Dai Han Anne, Liu Lu, Tang Zhuya joined forces with Chengdu Orchestra, Tianzi National Music and Chengdu Street Artists to present the first moving music for Chengdu people. The performance ended in the lively music of "On the Field of Hope". Let's look forward to hearing the voice of the world again in the International Music Season of "Rongcheng Autumn" next year. 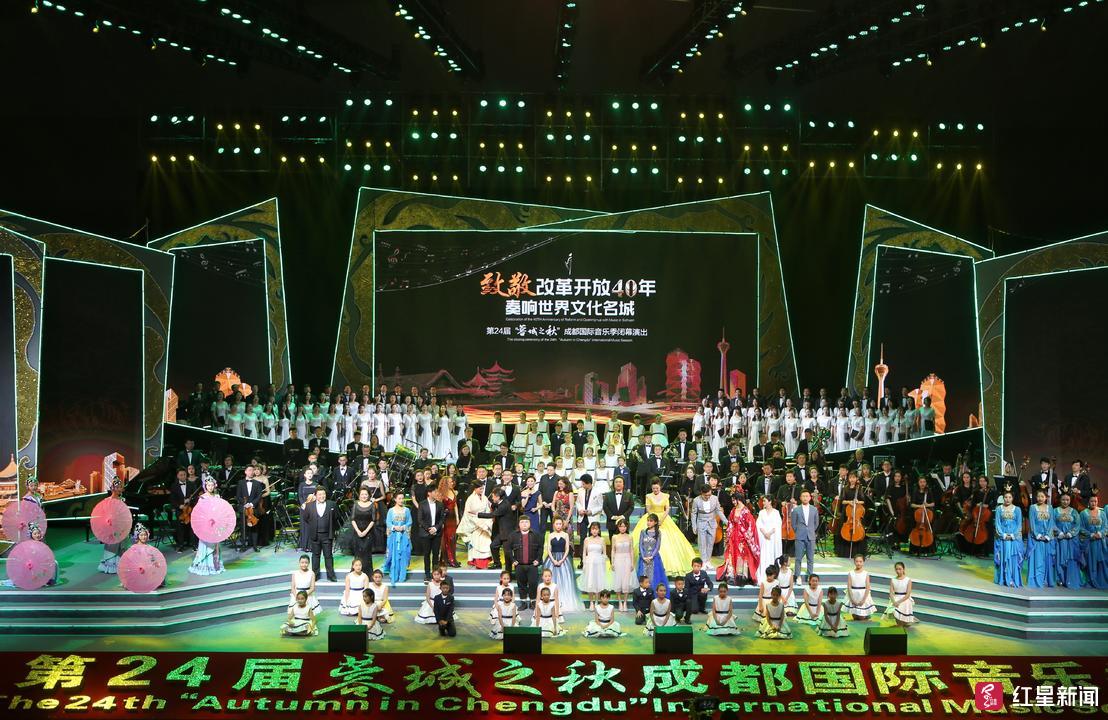 Red Star News reporter learned that the second "Golden Lotus" Music Competition was successfully held again. In order to create an influential music competition in China, the Golden Lotus Music Competition aims to explore music talents and encourage music creation, highlighting the "Autumn of Rongcheng" as a city music business card. And through layer by layer selection, a series of award winners were born, and a large number of new talents were sent to Chinese music. In order to build the professionalism and authority of the "Golden Lotus" music competition, more than 20 authoritative experts in the field of music at home and abroad were invited to serve as judges. Marina Mikhailovna Labina, an opera singer from Russia, tells about the Golden Lotus in her heart.

"It's a great pleasure to be here with artists, singers and musicians from all over the world. Chengdu is a deep, charming and vibrant city. In a few days in Chengdu, together with judges from all over the world, I heard amazing and beautiful songs in concert halls, met the most simple and pure singing in the street, and will watch the most characteristic music feast in Chengdu today. Music ignited every corner of the city, lighting up the'autumn of Chengdu'. 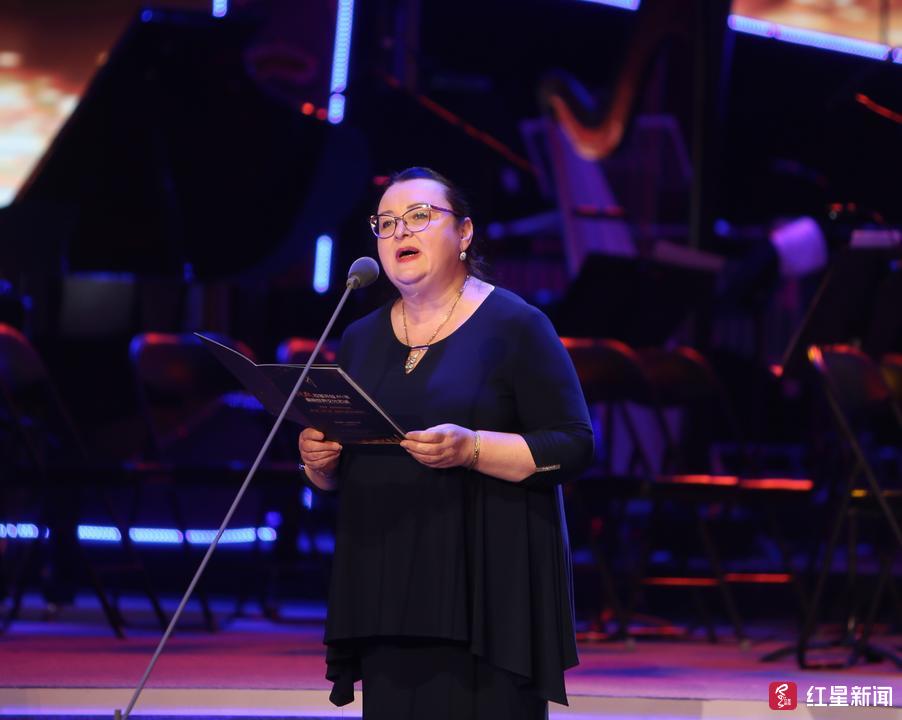 Indeed, if last year's Golden Lotus Music Award was a tree, then this year it has been upgraded to a music park.

"Authoritative certification of academic awards for vocal music nationalities and vocal bel canto awards is as solemn as pine and cypress; the interactive heat of chorus awards is like ginkgo trees all over the streets; the new independent music awards are a collection of the original innovative forces of contemporary China as tough as cactus; the four major awards are multi-dimensional voices and work of new people is jointly excavated, Cultivate an artistic atmosphere and enrich the soil of music." Marina excitedly told reporters that all these are the organic combination of the "Golden Furong" Music Award and the city's unique inclusive and innovative spirit. In the foreseeable future, the flower of music will take Chengdu as the starting point, face the world and blossom brilliantly.

"In my native Russia, there is an outstanding portrait painter, Serov, who said,'The real range of musical language activities is as limitless as that of other arts'. Wherever there is human footprint, there is music. Today I would like to dedicate this sentence to Chengdu, because it seems to be a true portrayal of the city. 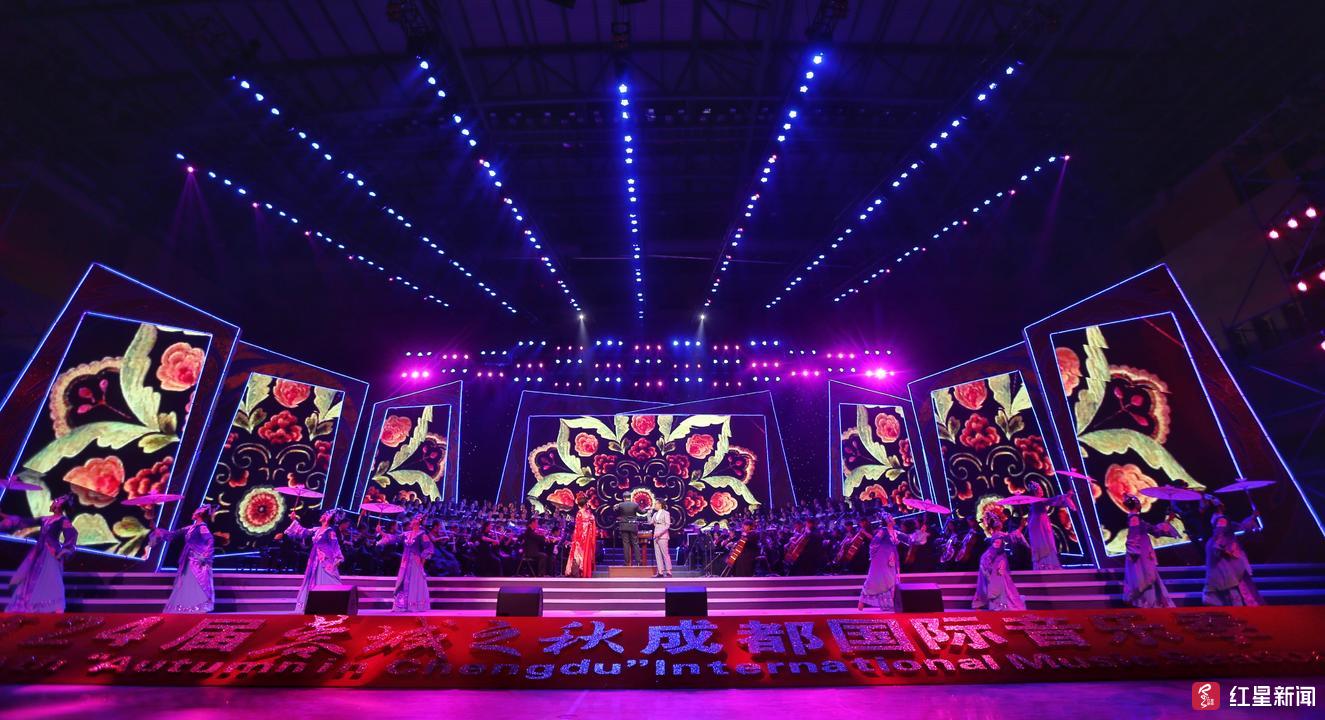 Building an International Music Capital in an All-round Way

On the 9th evening of the certificate issuance site, in addition to Zhao Jiping and Liao Changyong who failed to come to the site because of their working relationship, the other 10 experts have received the heavy certificate. We hope that with the strong support of the "Chengdu Music Capital Construction Expert Advisory Committee", the music industry in Chengdu will take a firm step towards new brilliance. 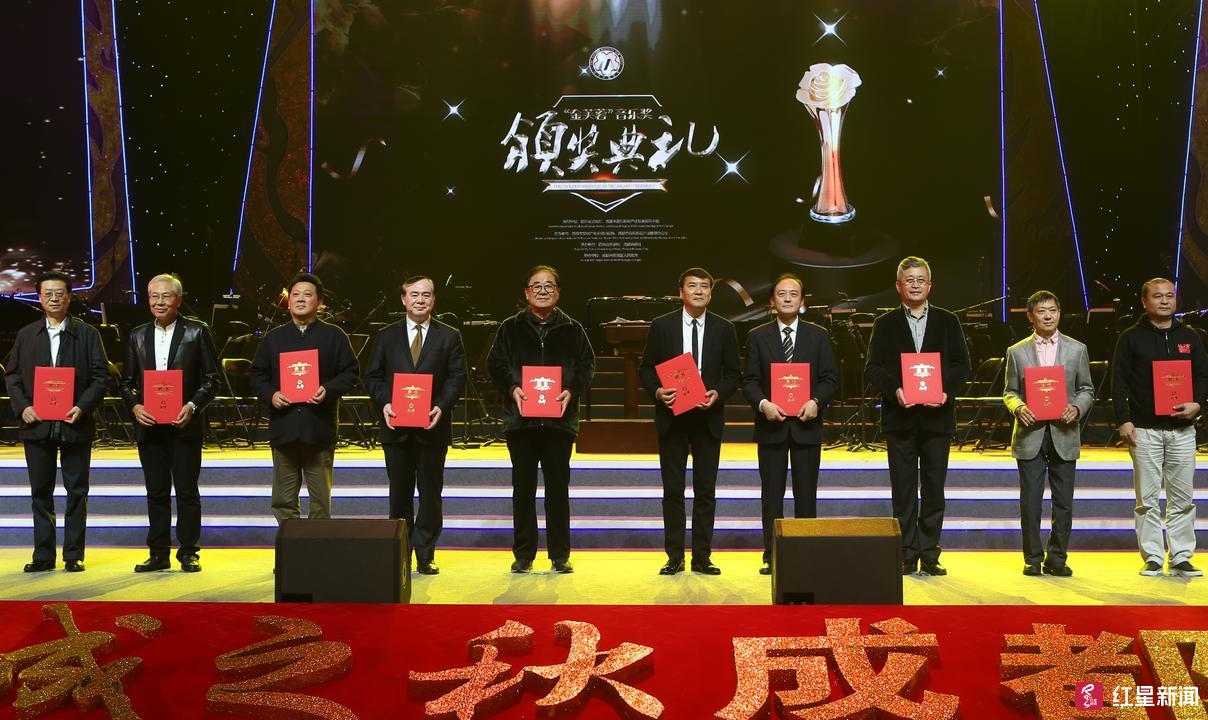 Although Zhao Jiping and Liao Changyong could not come to the scene, they also expressed their support for the construction of Chengdu Music Capital through VCR. In previous interviews with reporters, Zhao Jiping said that he was honored to be a member of the Expert Advisory Committee on the Construction of the Music Capital of Chengdu. "Thank the Chengdu Municipal Government for granting me this honor. I hope to contribute my strength to the music industry of Chengdu and help the development of the music industry of Chengdu."

As a leading figure in Chinese music circles, Zhao Jiping is very modest and hopes that he can make a little contribution to the construction of Chengdu's music culture. "Chengdu's cultural and music carriers are very rich. For example, Sichuan Yin has a long history. It has trained many excellent music talents for the country, and it is also the only highest Musicology in Southwest China." Fu.

Zhao Jiping has repeatedly emphasized that Chengdu is a city with cultural connotations. Chengdu is endowed with unique advantages in the development of music culture. "If we tap its connotation and mobilize the masses of people to nourish music and music culture, we will like it better." Three chapters show the charm of the music capital, pay tribute to the 40 years of reform and opening up, and play the world's famous cultural city

The next part of the closing party will use three chapters from three dimensions to merge the past and present, look forward to the future and tell the "Chengdu Story". It will show the origin and cultural self-confidence of Chengdu in building a world famous historical and cultural city with "Millennium Context". It will commemorate the 40th anniversary of reform and opening up with "Happy Blooming" and show Chengdu's "Great Beauty Chengdu" with "Great Chengdu". The style of livable style and the construction of the music capital explains the diversity and inclusiveness of Chengdu in the forms of singing, dancing, playing and speaking. Representatives of the "Golden Furong" Music Award winners are invited to perform together with guests such as Zuhai, Zheng Xulan, Wang Zhengliang, Dai Han'an'ni and Ao Changsheng to show their music in a way with urban characteristics. The charm of the capital pays tribute to the 40 years of reform and opening up and plays a role in the world's famous cultural city.

Guqin, twenty-four Geisha music, modern opera, etc. connect different cultural elements through the carrier of music, and let the audience shuttle through 3000 years of history and culture. Tonight's "Jile 24" of "Jincheng Huaman" is selected from "Hezhuan" by Wei Zhuang, an important figure in Huajian Ci and former Prime Minister of Shu. It draws a picture of Jincheng Spring with bamboo flute, chi, sheng, pipa, Zhongruan and other musical instruments. It brings joy and melancholy of Spring Festival with singing and playing leaves. When the Tang Dynasty's court instruments merged with Chinese national music, the live music performance was extremely moving. 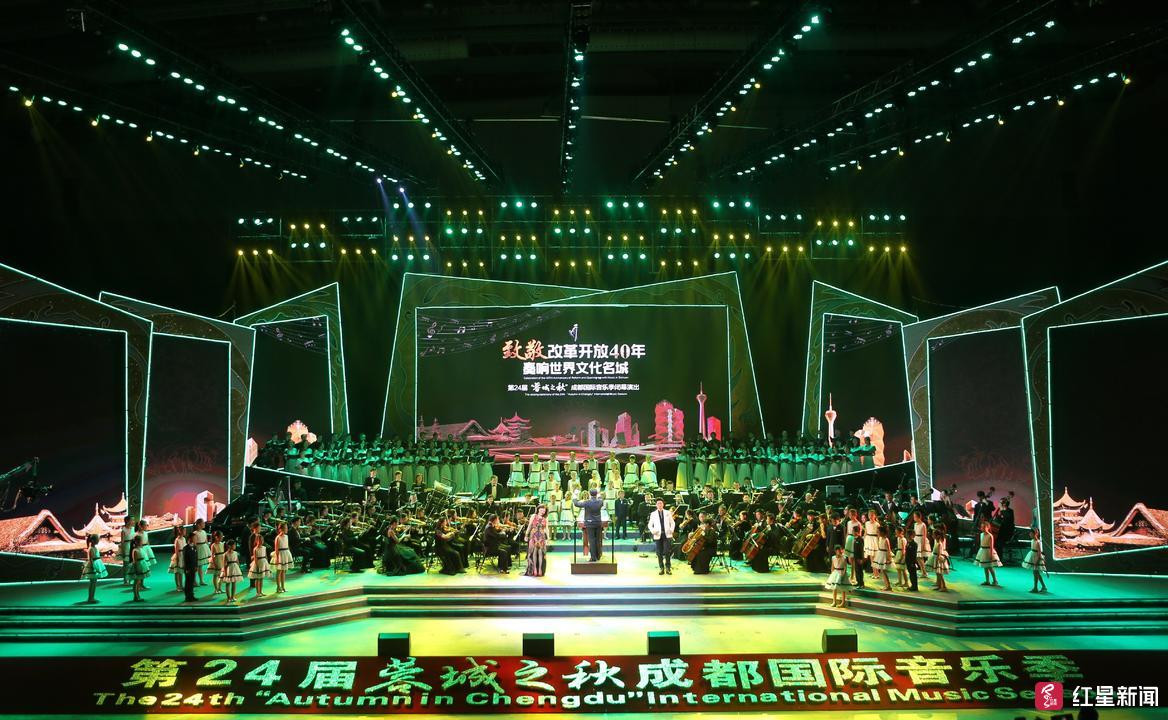 "Happiness Blooming" is the theme of Chapter II. The music repertoire selected by the audience is well-known and has the characteristics of the times. It is deduced in the form of symphony with live accompaniment of the electro-acoustic band. It pays tribute to the classics of the times and shows the happy years.

Zheng Xulan's Shepherd's Song, Zuhai's For Who, Ao Changsheng's Singing Folk Songs to the Party and Dai Han's Annie's Hometown, the songs in memory bring the audience back to the original unforgettable time.

"Chengdu has so rich Tibetan, Qiang and Yi minority music, I hope to be able to re-arrange these traditional national songs, coupled with fashion elements, so that more young people can feel the local characteristics of Chengdu and Sichuan music. Just like my good friend Jike Junyi, she combines tradition with fashion, and the music is very dazzling. Zuhai himself also tried to cooperate with rap music. The song "Good Luck Comes" attracted millions of fans. "Since Chengdu wants to build an international music capital, it hopes to make bold attempts to attract the attention of the whole country and even the whole world." "Chengdu is livable, and life in Chengdu is leisurely." This is the 24th "Autumn of Chengdu City" Chengdu International Music Season, hoping that all the people who come to Chengdu will feel Chengdu's aesthetics of life. With dance, singing, symphony and other different forms of performance, accompanied by different styles of artistic expression, Chengdu-style life aesthetics is presented from various angles, showing the city style of Chengdu and the inheritance and development of modern Tianfu culture. This is the charm of Chapter Three, "Damei Chengdu". 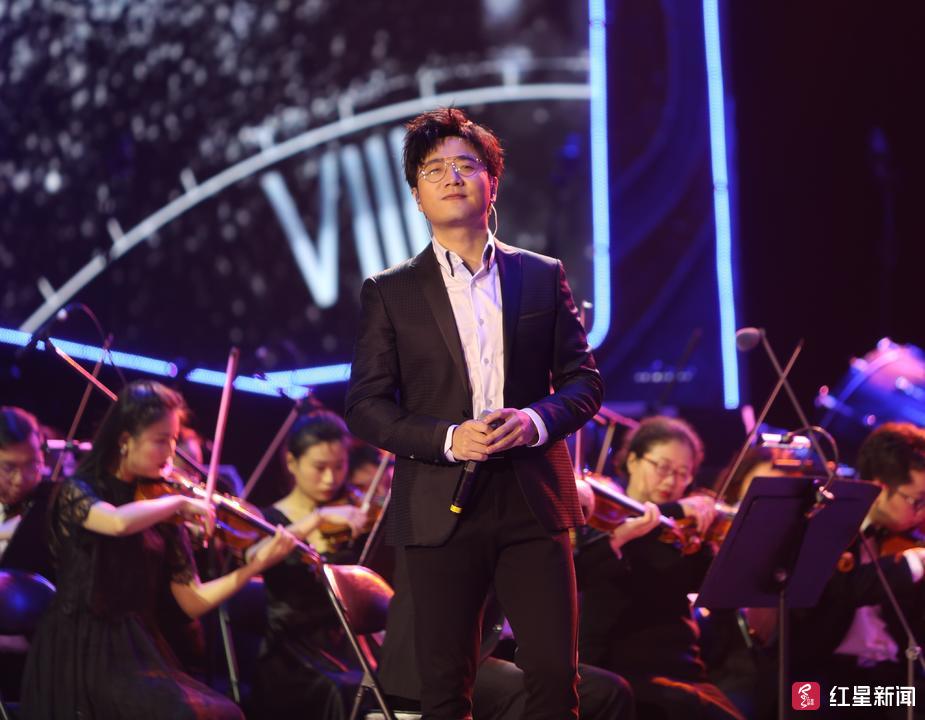 When Wang Zhengliang sang "Where Time Is Going" on the stage in his hometown, when Bulgarian female singer Boyana used "Hero" to bring the atmosphere to a climax, when three groups of street artists enthusiastically performed "Street Music Show"... Chengdu's achievements in the field of music and culture in the past 40 years of reform and opening up and the inclusiveness and elegance of Tianfu culture have gradually shown to all.

(The following rankings have nothing to do with ranking)

Why So Serious band

The National Singing Method of the "Golden Lotus" Music Award