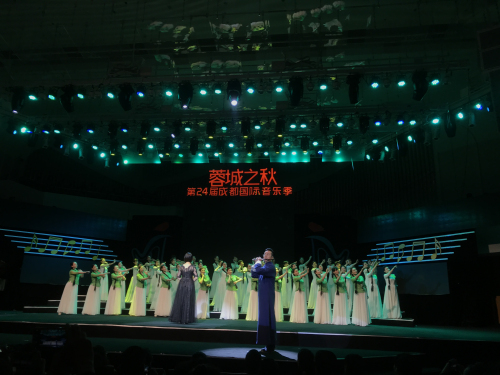 Years of affection: 24 years, "golden lotus" singing with the growth of Rongcheng all the way

In this late autumn season of Chengdu, "Autumn of Rongcheng" Chengdu International Music Season Jin Furong Music Competition has gone through 24 rings, with the voice of the era of reform and opening up for 40 years. All the participating works are excellent chorus works with the theme of celebrating the 40th anniversary of reform and opening-up and embodying the spirit of the times. The melodious music conveys happy and peaceful scenes. The exciting singing bursts out the people's imagination for a beautiful future. The participating works include "Never forget the first heart", "Song of China's Renaissance", "I love you, China" and so on. Closely linked to the gratifying changes of reform and opening up, the people's love for the motherland, and their expectations for a better life... The passionate song sings the happiness, joy and pride around us to the city, to the country and to the new era of prosperity.

This occasion is a singing feast jointly created by the award-winning team of the government music professional award "Golden Furong" Chorus Award and some well-known chorus teams in China. The participating teams are not only excellent mass chorus troop which has experienced many matches and excellence, but also have professional and high-level music academies; young people who are full of vigor and vitality, but also old people who are white-haired; local chorus which distributes the charm of Rongcheng, but also the singing voice of northern Shaanxi and Inner Mongolia with unique style. ... Among them, the special invited chorus of Xi'an Conservatory of Music and the students'chorus of Inner Mongolia Normal University Conservatory of Music have won numerous professional awards and participated in many large-scale performances, representing the highest level in the field of chorus in the whole country, "Northern Shaanxi amorous songs", "Silk Road Sound Seeking", "White Horse Zan" and so on. Fully demonstrating the local and national characteristics, let the audience feel from the singing the wonderful stories brought to the northern Shaanxi plateau and Inner Mongolia steppe by the changes of 40 years of reform and opening up. 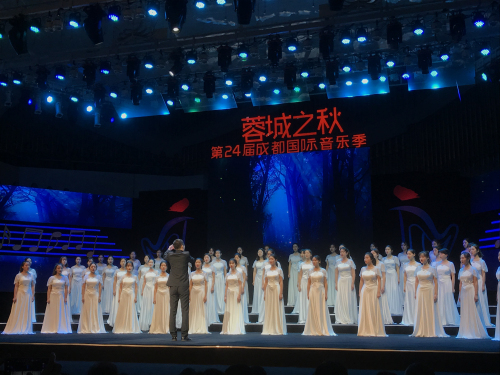 This chorus show not only has a clear intention, extensive participation and professional level, but also has ingenious arrangements for cross-border piano, unaccompanied chorus and other new forms, so that the audience can enjoy their hearts. "Wild Bee Flying Dance" is more lively and moving when piano music is played separately with young and powerful singing voice, while "Qiangshan Wonderful Sound" weaves a beautiful note of the evolution of the ancient nation in the past 40 years with pure human voice... Diversified forms make audiences on the spot addicted. They say that the level of chorus performance is high and the atmosphere is warm. Such a music feast not only enhances everyone's love and recognition of chorus, but also exposes them to new and unique forms of performance. They also enjoy it while having a good ear. Field vision feast. 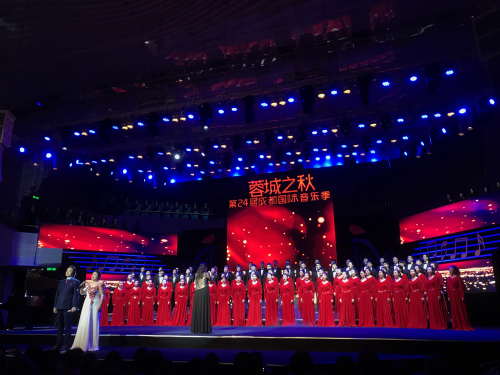 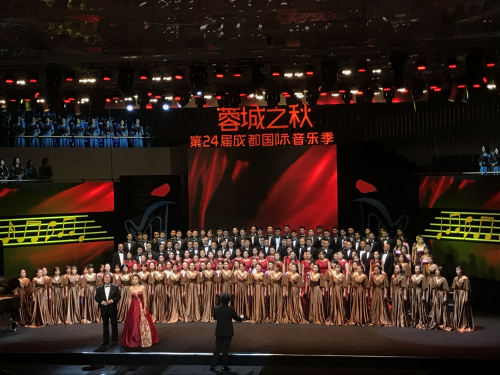 The 24th autumn of Chengcheng is a splendid musical flower blooming in the 40 years of reform and opening up. It is not only a charming child born in the tide of reform and opening up, but also a testimony of China's growing prosperity. The spring breeze of reform blows all the way, the lotus blossoms in Bashu and the sea is changing with each passing day. The story of Chengdu is full of brilliance. The people are united in their minds, passionate, and striding forward with the exciting and joyful song of a new era! uuuuuuuu

The event was also broadcast live through the National Public Culture Cloud. According to statistics, it attracted 294,000 people to watch online. Netizens left dozens of comments on "grand music feast, enjoyment", "cultural city - Chengdu", "fortieth anniversary, the time is really fast", "rich baritone chorus is too good to listen" in the commentary area. More people across the time and space constraints, enjoy the charm of chorus art and music capital.