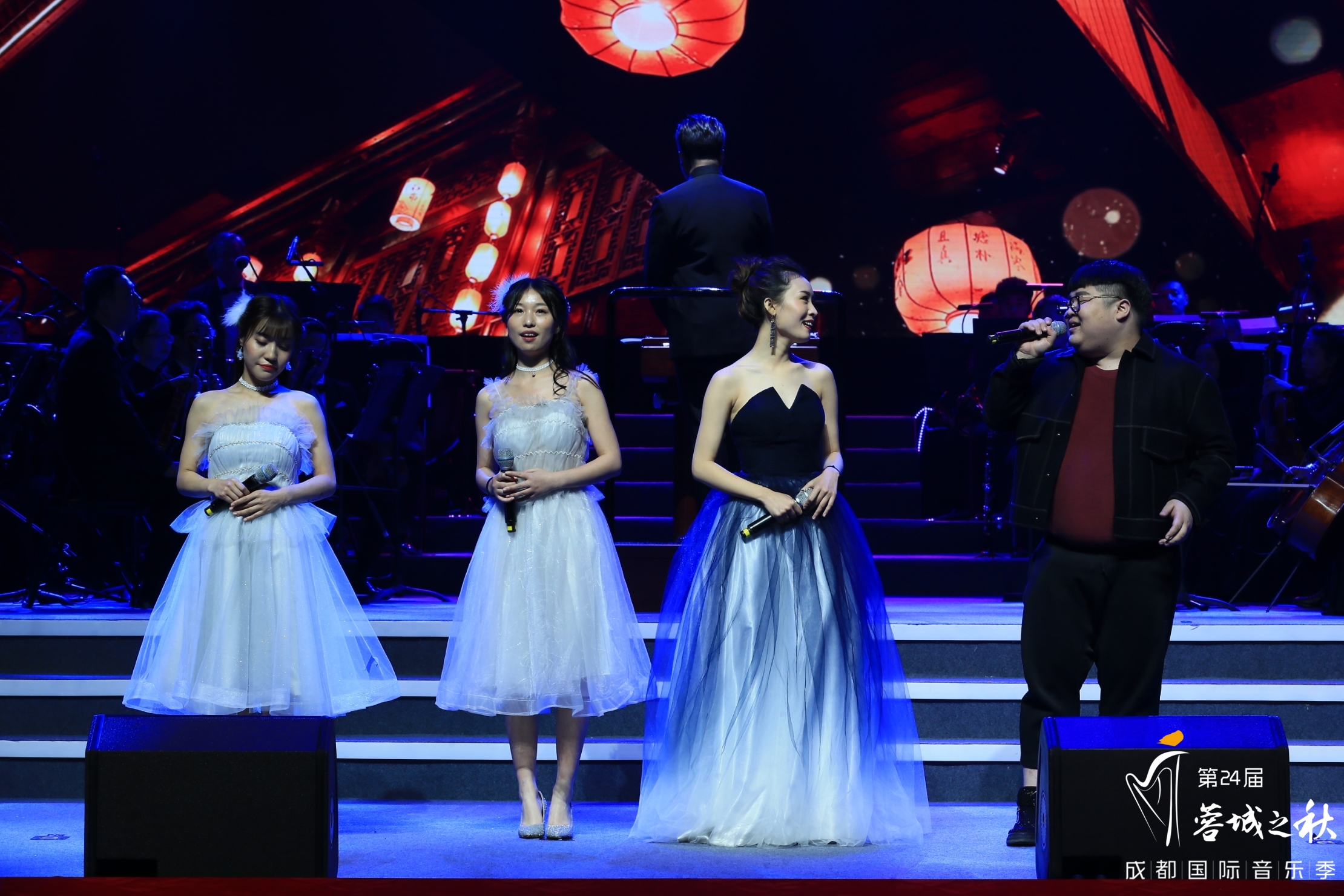 The "Golden Furong" Music Award Ceremony and the closing performance of the 24th "Autumn of Rongcheng" Chengdu International Music Season were held in Dual-fluid Gymnasium on the evening of November 9. From the opening of September 22 to the closing of November 9, more than 200 music theme performances and outdoor music activities were presented to Chengdu citizens during the 48-day "Autumn of Chengdu".

At the certificate issuance site that evening, except Zhao Jiping and Liao Changyong who failed to come to the site because of their working relationship, the other 10 experts took the heavy certificate. Zhao Jiping and Liao Changyong also expressed their support for the construction of "Music Capital" in Chengdu through VCR. As a leading figure in Chinese music circles, Zhao Jiping modestly expressed his hope that he could make a little contribution to the construction of Chengdu's music culture. "The carrier of Chengdu's music culture is very rich. For example, Sichuan Yin has a long history. It has trained many excellent music talents for the country, and it is also the only highest music in Southwest China." School. " Zhao Jiping has repeatedly emphasized that Chengdu is a city with cultural connotations. Chengdu is endowed with unique advantages in the development of music culture. "If we tap its connotation and mobilize the masses of people to nourish music and music culture, we will like it better."

In the closing performance, the "Golden Furong" Music Award Ceremony was held to award the winners of the four categories: Chorus Award, Independent Music Award, Vocal Bel Canto Group and Vocal Music Ethnic Group. Reporters learned that the purpose of the Jinfurong Music Competition is to discover music talents and encourage music creation, highlighting the "autumn of Rongcheng" as a city music business card, and through layer by layer selection, a series of winners were born, and a large number of new talents for Chinese music were delivered.

In order to build the professionalism and authority of the "Golden Lotus" music competition, more than 20 authoritative experts in the field of music at home and abroad were invited to serve as judges. Marina Mikhailovna Labina, an opera singer from Russia, said: "Chengdu, this deep, charming and vibrant city. In a few days in Chengdu, together with judges from all over the world, I heard amazing beautiful songs in concert halls, met the most simple and pure singing in the street, and today I will watch the most characteristic music feast in Chengdu. Music ignited every corner of the city, lighting up the'autumn of Chengdu'.

The closing performance of the evening started with the symphony "Chengdu" brought by the Chengdu Orchestra. Zheng Xulan, Zuhai, Ao Changsheng, Wang Zhengliang, Dai Han Anne, Liu Lu, Tang Zhuya joined hands with the Chengdu Orchestra and Tianzi National Music to present a touching music for the people of Chengdu. Street artists who appeared on the streets of Chengdu on May 1 this year also took part in the grand stage to sing in Rongcheng.

Photos provided by the organizers of the event